What is Microsoft Teams and why would I use it?

Microsoft Teams is a messaging app for teams where all conversations, meetings, files, and notes can be accessed by everyone, all in one place. It's a place for collaboration and work to happen in the open. Microsoft Team's interface is reminiscent of social media chat clients, like Facebook or Google Hangouts.

Teams are collections of people, content, and tools that center around different projects and jobs within an organization. In Microsoft Teams, team members can have conversations and share files, notes, and more. 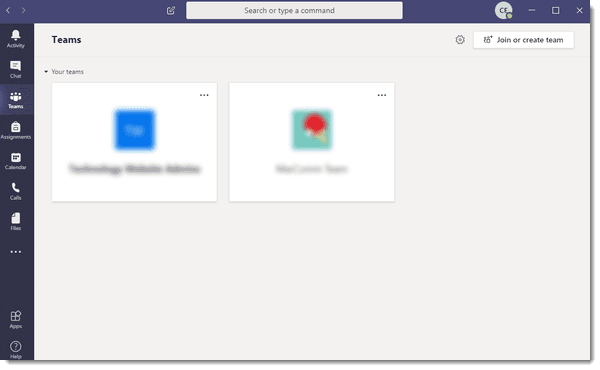 How do I create a team?

Step-by-step instructions for creating a team and adding members can be found in this document: Create a Microsoft Team

Channels are great because they allow teammates to have focused conversations about specific topics. Every team has its own set of channels (starting with the General channel), and the members of that team get to decide what they want the rest of their channels to focus on. Some channels are devoted to specific projects, initiatives, and locations. Some are for different areas of interest, updates, or discussion topics. Some channels are just for fun! Every channel belonging to a team is completely public to all the team members, so everyone can feel free to join in a channel conversation.
If you spot a channel that looks interesting or is relevant to you, you've got the option of following (or, favoriting) it. FYI, you’ll always have the General channel for every team favorited and there's no way to remove it from your favorites, either.
To favorite a channel, just click the

next to a channel name. That way, it will stay visible in your teams list. You'll also be able to see if there's recent activity in your favorite channel because its name will appear in bold text. If someone @mentions you in one of your favorite channels, you'll see a red number count next to the channel name that tells you the number of @mentions you received.
You won't be able to see the team channels that you don't favorite by default, but if you ever want to take a look at all the other channels belonging to a team, just click on the text that appears at the bottom of your current favorites telling you how many more channels belong to that team. That will open up a list of all the channels you haven't favorited. If you see a channel that looks interesting, you've got the option of favoriting it from there.

What's the difference between team channels and private chats?

Team channels are places where everyone on the team can have open conversations. Private chats are only visible to those people in the chat.

What is T-Bot? What does it do?

T-Bot is a useful bot that's here to help you learn how to use Microsoft Teams! Ask a question or type a keyword or phrase into a chat with T-Bot, and it will find the answer for you.

Can I still make one-on-one calls?

You can make direct calls and group calls without having to host a meeting. These are private and won't appear in any team conversation. Click

to start a new conversation, and then choose

to start a video or audio call. 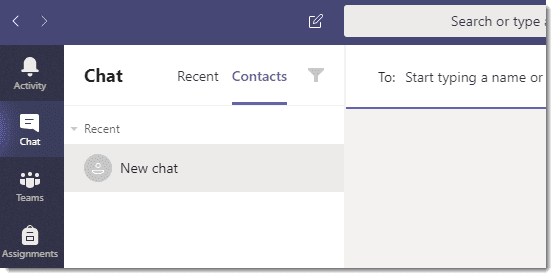 Full directions on starting a call with teams

What are team meetings?

Team meetings are a quick and easy way for people in a channel to go from a conversation to an impromptu meeting.
Anyone from the team can join. Team meetings include audio, video, and screen sharing. You always have a meeting space, and you'll never need a room or projector.
To start a team meeting, click

in a new conversation. You can also keep the context of the current conversation by clicking

in an existing conversation: 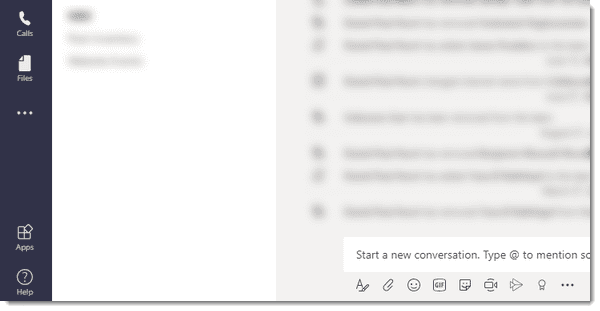 How do I schedule a meeting/group call with Teams?

These directions explain how to schedule a meeting (or group call) in Teams.
Scheduling a Meeting/Call with Teams

Which browsers are supported?

The Microsoft Teams app works in the the following desktop browsers:

Is Microsoft Teams only accessible from my browser?

The Microsoft Teams app can be downloaded for Windows, Mac, Android, & iOS here.

What can a team owner do?

Team owners can add and remove members. They have the ability to edit or delete a team, and to change the team picture. They can also

How do I send a private message?

next to your search bar to start a new conversation. Type in the name of the person or people you want to chat with. Then, compose your message and press Enter.

How do I add someone to a private chat?

To loop someone into a private conversation, just click the Add people button at the top right corner of your screen. Then, type the name of the person you'd like to add and press Enter! 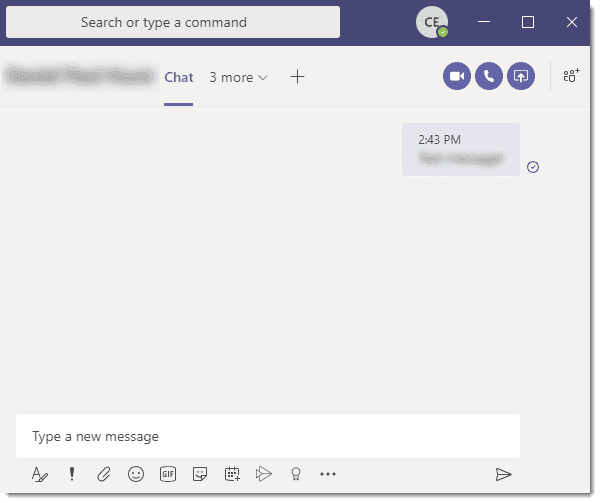 Can I send a message to someone on Skype for Business from Microsoft Teams?

Remember: If the person you’re chatting with has ever used Microsoft Teams, your messages will always be sent there. Otherwise, if messages aren’t getting to or from Skype for Business, check with your IT administrator.

Can I send group messages to Skype for Business users?

Is chatting with Skype for Business users in Microsoft Teams any different?

Chatting with someone on Skype for Business from within Microsoft Teams is pretty cool, but you’ll be missing out on fun things like emoji, file attachments, and tabs. Also, your conversation history won't be saved, so if you update, refresh, or open up Microsoft Teams on a different platform (like mobile), you won't be able to view your old messages.

How do I know which conversations include me?

If you're worried about knowing when someone in a conversation needs your attention, just keep an eye on your Activity feed. There, you'll get a notification whenever someone: 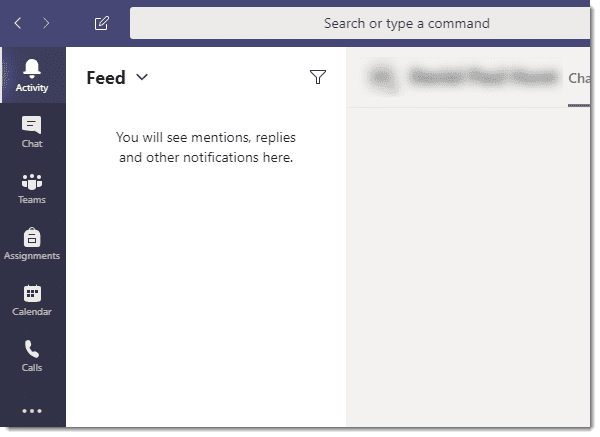 You'll also see a number next to the name of a channel whenever someone @mentions you there.

Is there a phone call-in option for audio and video chat and meetings?

You can use teams for video and audio meetings, including a phone call-in option. Licenses are available on request to add phone conferencing to your account to host Teams meetings with call-in access as well as audio and video. Create a service desk ticket to request the call-in option.
Request Teams Audio Phone Conferencing

How can I manage and share files with my team?

You can use teams to upload files, edit them collaboratively and share them with each other internally to the university. This document show you how to: Manage and Share Files in Microsoft Teams.

How can I hold a class including students as members using Teams?

Because students are in the Panthermail email system, instead of the Office 365 Faculty and Staff email system, to add students to a course created in Teams, you must enter their full student email address. More directions for using Teams for class are available in this document: Using Teams to Hold a Class with Student Team Members

Instructors can reach priority support from the classroom with these numbers.

Students can find walk-up technology help for devices at a CATLab on each campus.

Send this to a friend